A golden opportunity in California

With a rolling landscape that turns gold with changing seasons and flora, Golden Hills fits its name well. If one looks closely though, they can find clues as to why the land is sparse and features few trees. Century-old barbed wire remains from when the land was originally cleared for agriculture and grazing.

This summer, Land Life Company partnered with the Golden Hills Community Service District to restore the land back to its natural state. Together, we planted 40,000 trees on 46 hectares (approximately 114 acres) located in the Tehachapi Mountains in southern California.

“Golden Hills is beautiful, and the planting was wonderfully administered with one eye toward the future and the other on traditional values,” said Johann Lockard, Land Life Company’s project manager in California.

Golden Hills borders the city of Tehachapi, which was originally built as a source of concrete for the California aqueduct system. Once a railway was built to transport the concrete, it connected the community to larger locations and resulted in a small boom in agriculture. These railroads eventually led to more development and urbanization, which later pushed agriculture out and left certain areas, like this planting sites, abandoned and fallow.

Whether land can recover on its own — in a timeframe that is healthy for the overall local ecosystem —  is something we consider before conducting new plantings. After assessing Golden Hills, it was clear the land showed no signs of natural recovery of the original fauna.

Additionally, our site selection process takes risk factors such as fire and pests into consideration. This is why we planted tree species at Golden Hills that are native, drought-tolerant and resistant to pest epidemics such as coulter pine, incense cedar, ponderosa pine and giant sequoia. 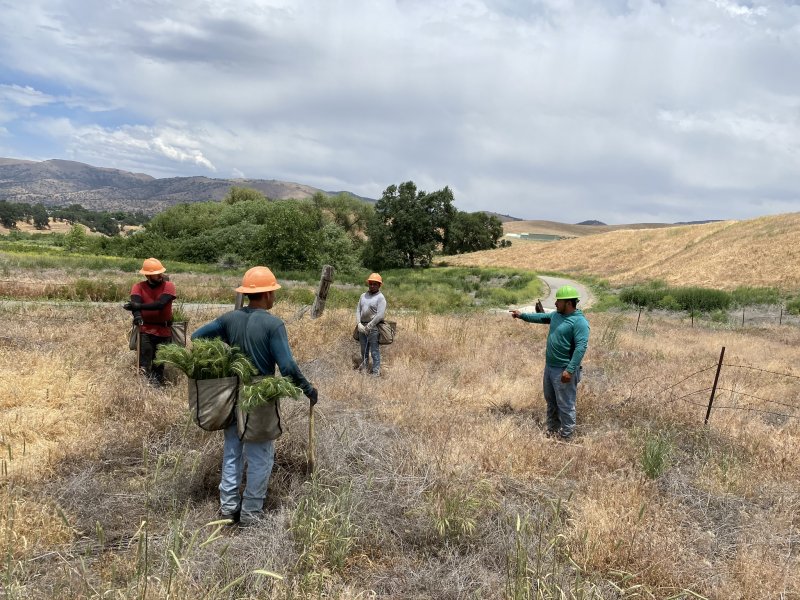 To learn more about our initiatives in The United States, read Reinforcing our reforestation efforts in the US.