Biodiversity relies heavily on the environment in which it exists. In a way, biodiversity is the environment in which it exists. Trees, plants, flowers and microorganisms in soil and water systems are all part of the biodiverse system that creates an ecosystem. An ecosystem is literally a biological community of interacting organisms and their physical environment. Currently, we are seeing major changes in biodiversity and we are losing vital ecosystems due to climate change and human activities. This is creating a huge cause for concern and has catalyzed an entire industry based on restoring nature. Environmental changes are not new, ecosystems have been changing and adapting for millennia. However, the speed of climate change has created a huge cause for concern, more so than the change itself. This section endeavors to answer how we got to this point, and understand what the main causes of the loss of biodiversity are.

There are 2 billion hectares of degraded land worldwide, much of which is due to human activities. Loss of biodiversity definitely goes hand in hand with loss of forest or natural landscape, also known as habitat. Habitat loss can come from infrastructure development, mining, land clearing, agriculture and many other forms of human activity. The exploitation of nature, such as hunting or overuse of materials has happened a lot in the past, partially due to a lack of either care or understanding. In addition, climate change has caused enormous damage to ecosystems.

Between 2016 and 2017 half of the corals on the Great Barrier Reef died due to warmer ocean temperatures. Huge natural disasters such as fires or tornados have wiped out enormous areas of land causing loss of land and loss of habitat for species. Additionally, the rising temperatures mean native species no longer thrive in their natural habitat due to sudden climatic changes. For example, the polar bear’s environment has changed beyond recognition; and in Iceland, only one native tree, the birch, can now thrive in an environment that has changed so much over the last few centuries. The instability of temperatures means that seasons are no longer definitive, which sabotages the phenology of species. This means some species reliant on specific food sources or events that happen in a matter of weeks are no longer in sync, putting them in danger.

Environmental changes are not new, ecosystems have been changing and adapting for millennia. However, the speed of climate change has created a huge cause for concern, more so than the change itself.

A major factor affecting ecosystems is invasive species. Not all non-native species are invasive, but when they are, it can have devastating consequences. Species may have been introduced deliberately and with good intentions, such as in 1949 when five cats were brought to Marion Island in South Africa for pest control. The people who introduced these species did not anticipate the consequences, but by 1977 3,400 cats lived on the island, causing a huge threat to the local bird population. Invasive species can also be transported accidentally, such as rats on ships or seeds carried on the bottom of a shoe. Some people unknowingly bring invasive plants back from a holiday, which has caused customs in countries such as Australia to knuckle down to avoid ecological disasters.

One colossal loss was the accidental introduction of the fungus Cryphonectrua parasitica to the USA from Asia, which caused the devastating chestnut blight. At the beginning of the 20th century, around 3.5 billion American chestnut trees died of this disease, meaning one of the most iconic trees, useful for resources and important to ecosystems in the USA, was wiped out. Today, in the US alone, there are an estimated 50,000 non-native species due to globalization, freedom of travel, accidental introduction or escaping from managed ecosystems. The fraction that is invasive of this colossal amount does not have to be big to inflict serious damage on native species and their ecosystems.

Another cause of biodiversity loss is pollution. Pollution comes in many different forms, and is widely accepted as one of the biggest drivers of biodiversity loss. Most often, the word pollution is associated with water, soil or air. Water, air and soil are the polluted entities, but often what is causing the pollution comes in many forms, be that gas, oil or plastic. For example, think of sulphur and nitrogen oxides released in the air causing acid rain which sets off a myriad of processes affecting vegetation growth and subsequent animal life. This in turn has a hideous effect on both flora and fauna, and the acidification prevents ecosystems from providing the full capacity of ecosystem services. Pesticides are another common form of pollution. Back in the 90s, a study revealed that 90% of water and fish samples from water in the US contained one or more pesticides.

A more contemporary example of pollution is the British sewage crisis across waterways this year. Sewage often contains traces of medication and drugs which may affect aquatic life forms. Currently, water companies in England are now under criminal investigation as raw sewage has been pumped illegally into rivers all over the country. The result is that only 14% of English rivers meet good ecological status and not a single river in England can be considered “healthy” from a biodiversity standpoint.

Not all non-native species are invasive, but when they are, it can have devastating consequences.

Another big concern pollution-wise is plastic. Since World War Two, when the mass production of plastic began, it has wreaked havoc on biodiversity. Plastics cause damage in a number of ways, they take hundreds of years to decompose and while they are around, they are very harmful to the environment  A study looking at the bodies of Laysan albatross chicks, 40% of which died before even leaving the nest, found that most had consumed plastic waste. It is estimated that by 2050, 99% of seabirds will have ingested plastic waste. It is yet another devastating consequence human activity has on biodiversity and the environment. 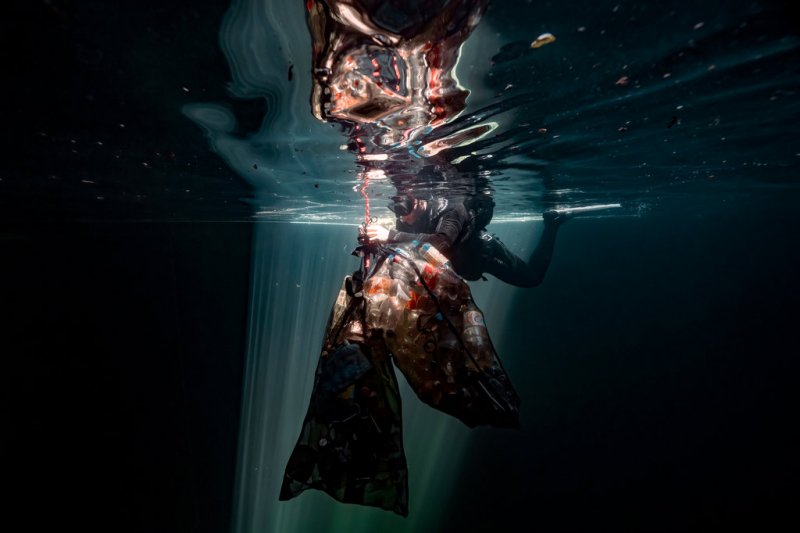 Finally, one of the most difficult areas for ecosystem loss is deforestation. Deforestation quite literally takes away habitats and destroys ecosystems, meaning biodiversity loss can be severe. One vital rainforest area, the Amazon is under threat and has proven incredibly difficult to protect. The reason this is so complicated is that it transcends borders, meaning the question of who has the right to protect and who has the right to take resources from the Amazon is heavily debated. Last year, it was estimated that roughly 13% of the original Amazon rainforest had been lost to deforestation. That surmounts to 85 million hectares, which is roughly the size of Pakistan. This is a huge cause for concern for scientists, as the Amazon is hurtling beyond tipping point. It is predicted that if it gets to a point where 25% of the forest is lost, it could transition from a lush rainforest to a dry savanna-like region. This would result in enormous extinctions of both flora and fauna that exist there and need the forest, as well as pushing climate change to a possible point of no return.

All of these different causes of biodiversity loss are equally as devastating and can prove a pretty depressing read. Across the globe, deforestation, pollution, intensive farming and invasive species are all causing huge habitat loss and in some cases resulting in large areas of degraded land. We know the problem, and we can visibly see the unhealthy effect all these different causes have on biodiversity, but what can we do? There are solutions, many different solutions, identified to target each of the mentioned causes of biodiversity loss, but time is of the essence!