For weeks on end, over the Summer of 2017, the Milli Fire blazed. It raved over 10,000 hectares of Oregon’s largest national forest. It took firefighters a month to extinguish the colossal fire, which caused a monumental sum of over USD $15 million in damages. This damage was mostly substantial deforestation and the consequential land degradation, posing a significant threat to the area’s biodiversity.

So far, The National Forest Foundation, a non-profit organization, has generated massive support to manage initial reforestation efforts. Working alongside The National Forest Foundation, Land Life Company has been thrilled to join this ongoing project, bringing our innovative approaches to tree-planting to help replant fire-damaged areas with non-invasive native species.

Our key goals are to prevent further land erosion and restore a once healthy, biodiverse ecosystem. Land Life Company is especially excited to be rebuilding the habitats of native species such as the increasingly threatened Snowshoe Hare. This hare, regarded for its peculiar ability to turn its fur white during the snowy winter months, has had its home utterly obliterated by fire. By our pioneering techniques and our respect of local plant species, it is expected to create a new environment where this strange and elusive animal might thrive once again. 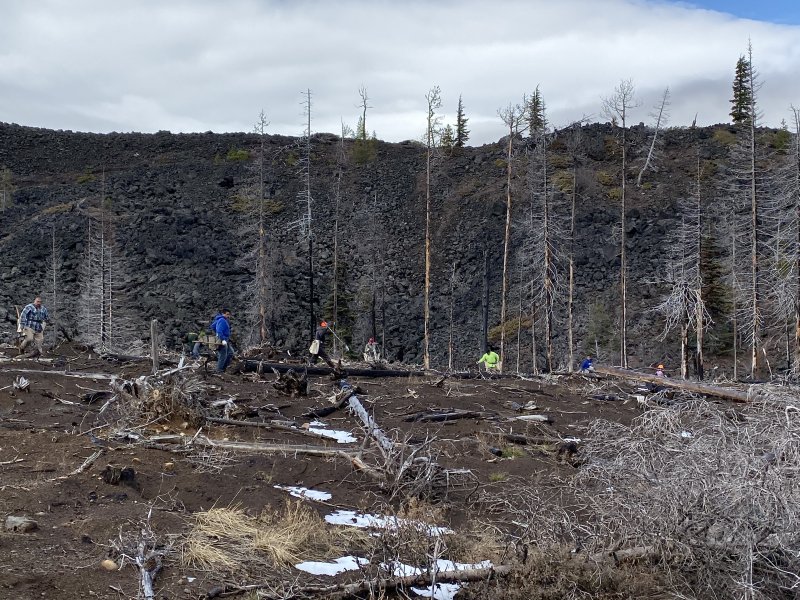